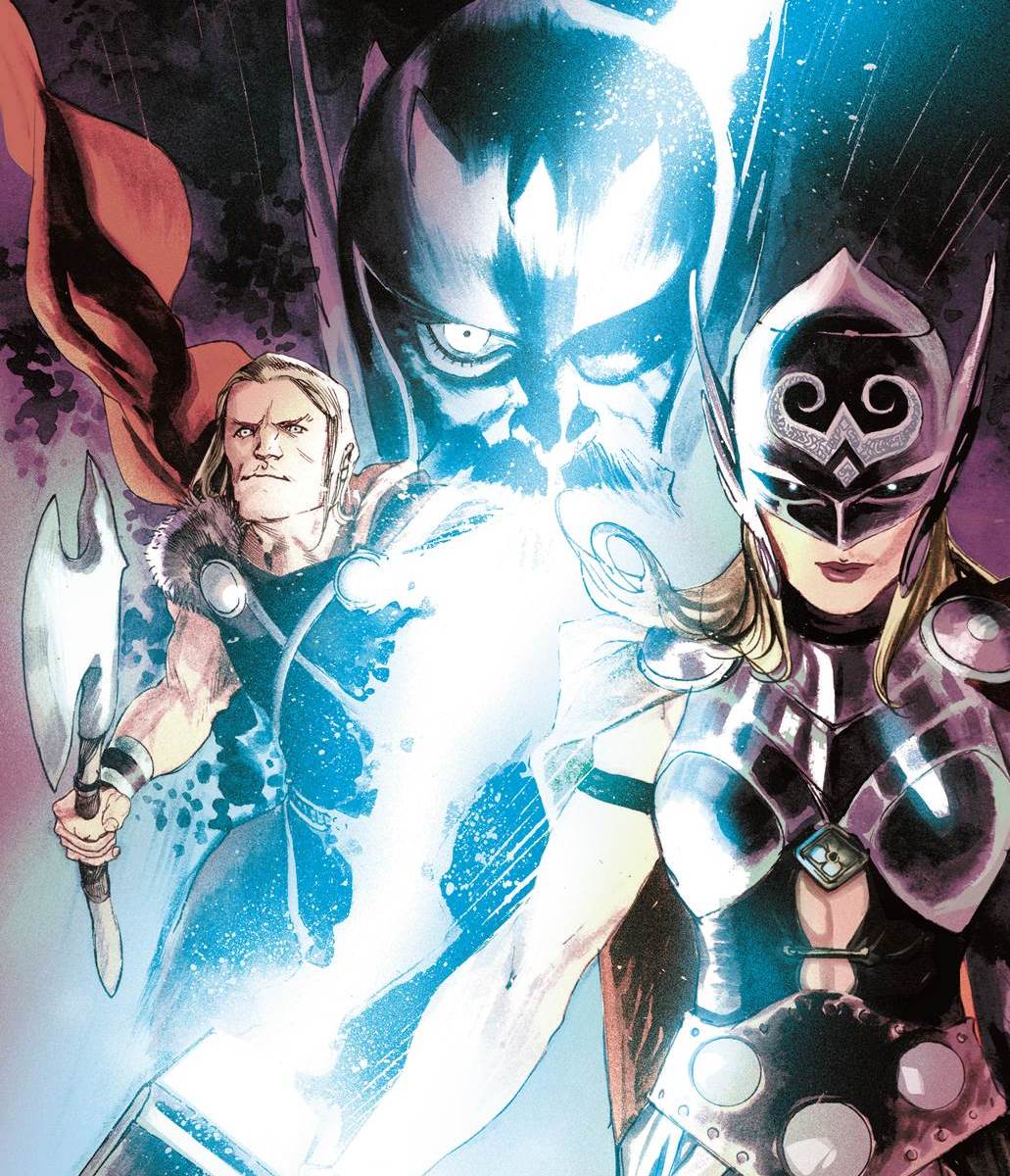 So, Marvel has more strangeness and quirky marketing techniques up their sleeves with the Thor Annual #1. The “professional” wrestler CM Punk ( I can’t believe I’m writing this) is making his comic-writing debut by penning a tale about Thor using his epic ability to guzzle booze to prove his worthiness to wield Mjolnir. Yep. Read the quote from CM Punk below and you’ll get an idea why I’m shaking my head at the entire concept. I realize this is a comic book we’re talking about, and it’s Thor. Not the most thought provoking series to be sure, but, giving someone like CM punk his first writing opportunity with Marvel reeks of marketing and using the comic book and his appearance solely to sell books. So, with those things said, I can’t say I’m surprised and Marvel is clearly a company that wants to make money. I just know that there are hundreds of talented writers with more articulate things to say and stories to tell that deserve a chance to write for an established property like Thor. I’m just glad Marvel is still doing some good things with Ghost Rider, Magneto Moon Knight and Iron Fist.

Stay money hungry and creative in your money grabs Marvel. Now, if you’re interested in the comic, which does feature great the great work of Jason Aaron, Rob Guillory and Noelle Stevenson , read on.

What do you think of Marvel’s antics with marketing and such lately?

First, wrestling superstar CM Punk makes his comic writing debut alongside artist Rob Guillory for a tale of the brash, boisterous young Thor and his genius idea to prove himself worthy to wield the mighty hammer Mjolnir – by drinking all of Asgard and Midgard under the table!

“The idea was, let’s do a story about young Thor as this kind of brash bratty teenager who’s like, ‘I’m totally worthy of this hammer’,” said CM Punk in an interview with Marvel.com. “’I don’t know why I’m not worthy of the hammer. Look at all this cool stuff I did.”

Then, rising comic stars Noelle Stevenson and Marguerite Sauvage make their Marvel debuts to bring you an all-new tale of the new Thor! Who is the mysterious woman behind the mask? No one in all Ten Realms knows her secret!

“It’s a fun challenge both as a fan of the classic character, but also to be working with a new character who readers haven’t seen much of yet,” says Stevenson,speaking with Marvel.com “I have the old mythology to work with, but I can also help contribute a little bit of new mythology as well!”

Finally, blockbuster Thor writer Jason Aaron and fan-favorite artist Timothy Truman bring you an all-new tale set in the future starring King Thor! Join the Girls of Thunder on their epic quest to find their grandfather the perfect birthday present. How about a brand new Garden of Eden?

Three creative teams. Three Thors. One explosive annual. No fan can afford to miss the explosive THOR ANNUAL #1 – on sale this February! 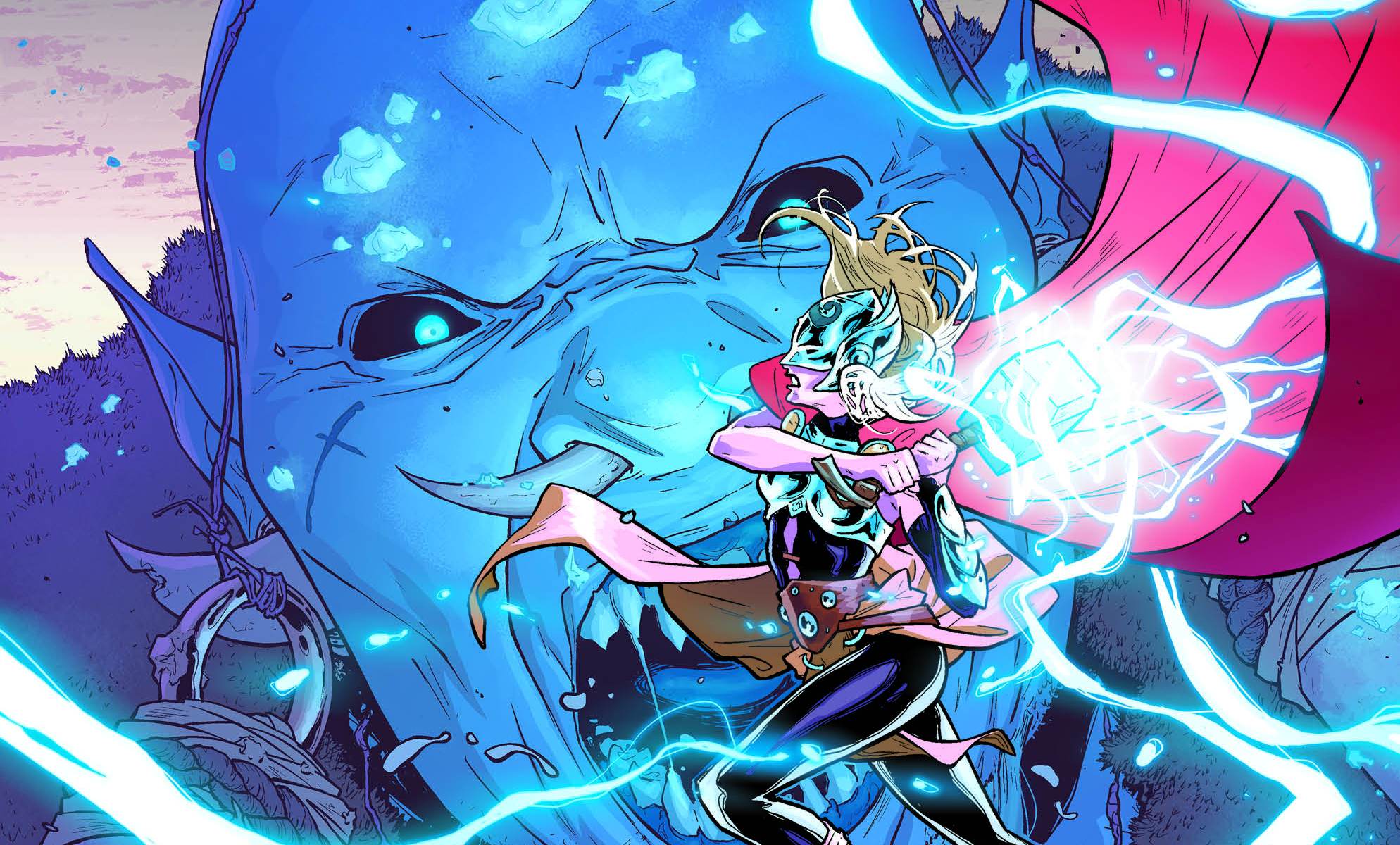 The saga of the new Thor continues with Thor # 2. Malekith the Accursed has left the Odinson unable to combat the onslaught of frost giants that have invaded Midgard. Someone must don the mantle of the God of Thunder and wield mighty Mjolnir.

Jason Aaron brings a story to the masses unlike any reader has ever read as the power of Thor flows through a new hero. I personally can’t wait to know more and get my hands on Thor #2. Be one of the first to look upon this preview art directly from the mighty monster makers at Marvel.

For more on Thor & Avengers NOW!, please visit www.marvel.com. Join the conversation on Twitter with hashtag#AvengersNOW and don’t forget to follow us at @Marvel [www.twitter.com/Marvel]!